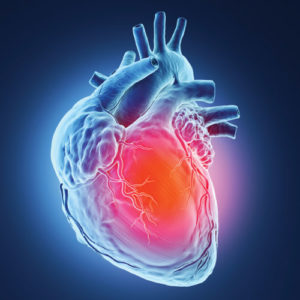 72 year-old Susan was the picture of health.

She was trim, fit and active. She followed the Mediterranean diet, foods that are widely agreed to be healthy for the heart. She had regular checkups, her blood pressure was normal and the EKG from her most recent physical indicated that her heart was fine.

But last fall, Susan experienced a severe tightening in her chest and shortness of breath. Deciding not to take any chances, she went to the emergency room at her local hospital. While there, the doctors ordered a CT scan of her heart that revealed a 90% blockage in her main coronary artery and a 70% blockage in another. She was immediately treated with two stents to keep the arteries open and the blood flowing to her heart.

“I’m lucky to be alive,” she said. “As a woman you think about breast cancer, not a heart attack.”

Susan was lucky. A first heart attack is three times more fatal for women than men. More than 200,000 women will die this year from heart attacks, more than five times the number killed by breast cancer. Unlike Susan, two-thirds of them will have no previous symptoms—no warning at all.

You probably know of Susan… she is Susan Lucci, the longtime All My Children star famously snubbed at the Emmy Awards for more than a decade. Her 40-year run on the soap opera made her a household name.

Lucci’s father had a heart attack in his 40s. Despite her best efforts at living a healthy lifestyle, her family history caught up with her. As the old saying goes, “you can’t outrun your genes.”

This might surprise you, but there is indeed such a test, and it’s been available for years. It’s called the coronary calcium score and it’s available at POM. In fact, a coronary calcium score is a standard part of our POM Whole Body health screening that also includes screenings for the early detection of stroke risk, cancer, aneurysm, lung disease, bone loss, metabolic disease and more.

If Lucci had a POM Whole Body health screening years ago, her heart disease never would have gotten to the point where it threatened her life. And if everyone had this screening test every few years, we could prevent hundreds of thousands of heart attacks and deaths from heart disease every year.