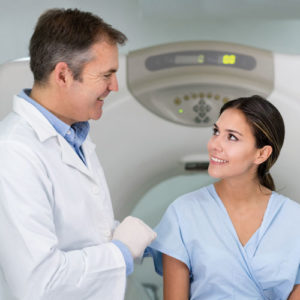 Are MRIs the Best Tool for Early Cancer Detection?

MRIs are very effective medical imaging tools for many purposes, including the early detection of cancer

Early detection of cancer is vital, and one of the most effective tools for medical detection is the use of MRI machines. These machines provide high-quality information that allows medical professionals to make informed, confident decisions.

So why is the MRI so useful in early cancer detection? It all comes down to precision, versatility, and less risk.

An MRI, which stand for Magnetic Resonance Imaging, is a medical procedure that uses powerful magnets and radio waves to create a highly-detailed image of organs and body tissues. By creating a computer-generated picture, the MRI is extremely useful in generating information to pinpoint medical issues, including cancer.

During an MRI procedure, a patient rests on a narrow table that is moved into a large, cylinder-shaped scanning machine. Some MRI scans require the use of injected dyes, which help highlight certain areas of the body. The procedure itself is completely painless and generally lasts less about 30 minutes to an hour.

MRIs play an important role in the diagnosis of cancer and the planning of treatment because they are very proficient at distinguishing between normal, healthy tissue and cancerous cells. Because they are precise instruments, they are one of the most effective tools for identifying the disease early.

But it’s not just their imaging precision that makes MRIs so effective. Compared to other cancer-detection machines, they have certain advantages …

Less risk than other procedures

MRIs rely on magnetism and radio waves to conduct a scan, whereas X-rays, CT scans, and other forms of imaging use radiation, which involves its own set of risks.

Because MRIs don’t use radiation, they are often a better choice for scanning sensitive areas of the body, especially reproductive organs on both males and females. But this advantage is not limited to the groin, as other important areas where MRIs are used include the brain, spine, muscles, and bones.

They may be just as effective as other methods

There is now strong evidence to suggest that MRI scans are just as effective at detecting cancer as other forms of imaging. One important study, which came from the Thrasher Research Fund and Clinical Health Research Institute at Stanford University, found that MRIs could be an effective alternative to CT scans, without the exposure to radiation and the enhanced risk of cancer-development later in life.

Besides causing no radiation exposure, the greatest benefit of MRIs might be that they allow for whole-body imaging. Due to the shape, size, and design of most MRI machines, they can be used to scan a patient from head to toe. The versatility of the entire machine makes them incredibly useful for finding cancer anywhere it occurs in the body.

Get the imaging services you need

If you have additional questions about MRIs, or any other form of medical imaging used to detect cancer, Contact POM MRI today! Our dedicated staff will help you get the medical information you need to make an informed decision about your healthcare.

Previous Post
What Happens When a Bone Fracture Goes Untreated?
Next Post
Breast Cancer Awareness: What You Can Do All Year Long